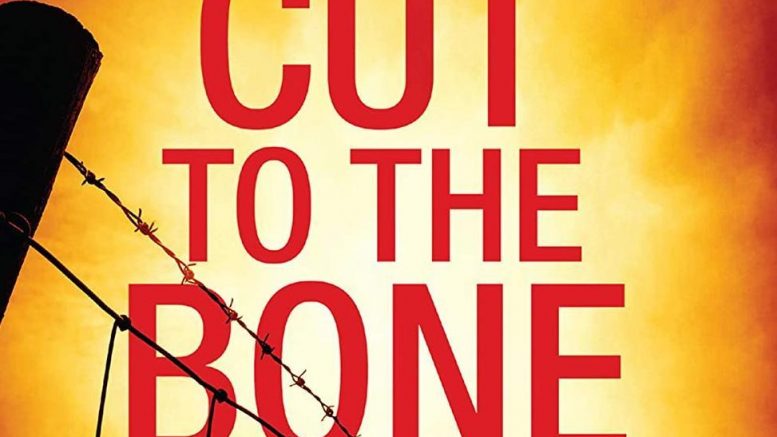 Cut To The Bone

The disappearance of a beautiful young social media star, known as ‘the poster girl for carnivores,’ sets the police on the disturbing trail of two warring groups who are determined to fight for their conflicting beliefs.

Cut to the Bone is Roz Watkins’ third DI Meg Dalton thriller, and the extraordinarily atmospheric series that began with the author’s outstanding debut, The Devil’s Dice, is moving up a gear with every new outing alongside this fascinating, complex and intuitive detective and her charismatic team.

Meg, the undoubted star of the show, is an intensely human and emotionally astute detective, scarred by a family tragedy but a relentless and determined maverick when it comes to digging out the truth and finding justice for the victims.

Add on cleverly plotted, authentic detective work, edgy, highly original mysteries that positively crackle with menace, and the magnificent grandeur of the Peak District rendered dark and brooding, and you have stories honed to page-turning perfection.

Eighteen-year-old Violet Armstrong has become a controversial internet celebrity after wearing only a bikini to cook burgers on a barbecue for a pro-meat website called The Great Meat Debate, set up to discuss the ethics of eating meat.

The antics of Violet, who is working as a cleaner at an abattoir near the Ladybower reservoir in Fleetwoodshire, have angered some animal rights groups and feminists, so when her employers report that she has gone missing, it triggers a red alert and not just because it’s a scorching hot summer.

DI Meg Dalton and her sidekick DS Jai Sanghera soon discover that the abattoir’s CCTV has been smashed and Violet’s watch has been found covered in blood by the pig pens. They also learn that Violet is reported to have seen the Pale Child ghost and, legend says, one sight of her face means you’re going to die.

The clock is ticking for Meg and the team as online threats from both pro-meat groups and animal vigilantes start to become more vicious, and blood and hair are found in an empty pig trough at the abattoir.

As Meg digs into the circumstances surrounding Violet’s disappearance, and unearths the truth of events from twenty years ago, she becomes convinced that there is more to this case than meets the eye. And with temperatures rising and the press demanding answers, things are about to take a terrifying turn.

With its irresistible blend of local legend, the emotive issues around animal rights and social media trolling, a northern brand of dark humour, nail-biting suspense, and good old-fashioned detective work, Cut to the Bone is a chiller-thriller of the top order.

Watkins is adept at delivering storylines that are both thought-provoking and engrossing, and this sinister new case, which moves seamlessly between events in the past and present, sees Meg under personal and professional pressure as suspects disappear, time runs out, and temperatures soar both literally and metaphorically.

And what makes this series such a joy is not just the superbly portrayed supporting cast – from the smug, resentful sergeant Craig Cooper to smooth, sleek and heart-flutteringly handsome DS Jai Sanghera – but also Watkins’ riveting sense of time, place and location.

This is an author unafraid to peer into dark corners when it comes to contentious social and domestic topics, and this creepy, twisting, turning mystery is guaranteed to grip right through to its shocking denouement.

Be the first to comment on "Cut to the Bone By Roz Watkins: Creepy, twisting, turning mystery – book review –"

Fleetwood Town booked their place in the Carabao Cup third round for the first time thanks to goals from Paddy Madden and Josh Morris. Fleetwood Weekly News…

Lancashire Police have warned those who blatantly or repeatedly breach Covid restrictions – including new national rules coming into force on Monday (14th September) limiting most indoor and outdoor gatherings to six people – that they will face the full fines that the force has the power to issue. Fleetwood Weekly News…

A furious row has broken out between senior Lancashire politicians over the policy of discharging elderly people from hospital and into care homes at the start of the coronavirus pandemic – without knowing if they had the disease. Fleetwood Weekly News…

Gridserve’s Electric Forecourt will feature shops from well-known brands including WH Smith and Costa Coffee, business meeting spaces, a children’s play area and even an EV education centre as well as ultra-rapid charging for up to 30 vehicles at a time. Fleetwood Weekly News…

Both new and original Oasis content from the era will be made available throughout September and early October – go to www.oasisinet.com  for details and follow #MorningGlory25. Fleetwood Weekly News…