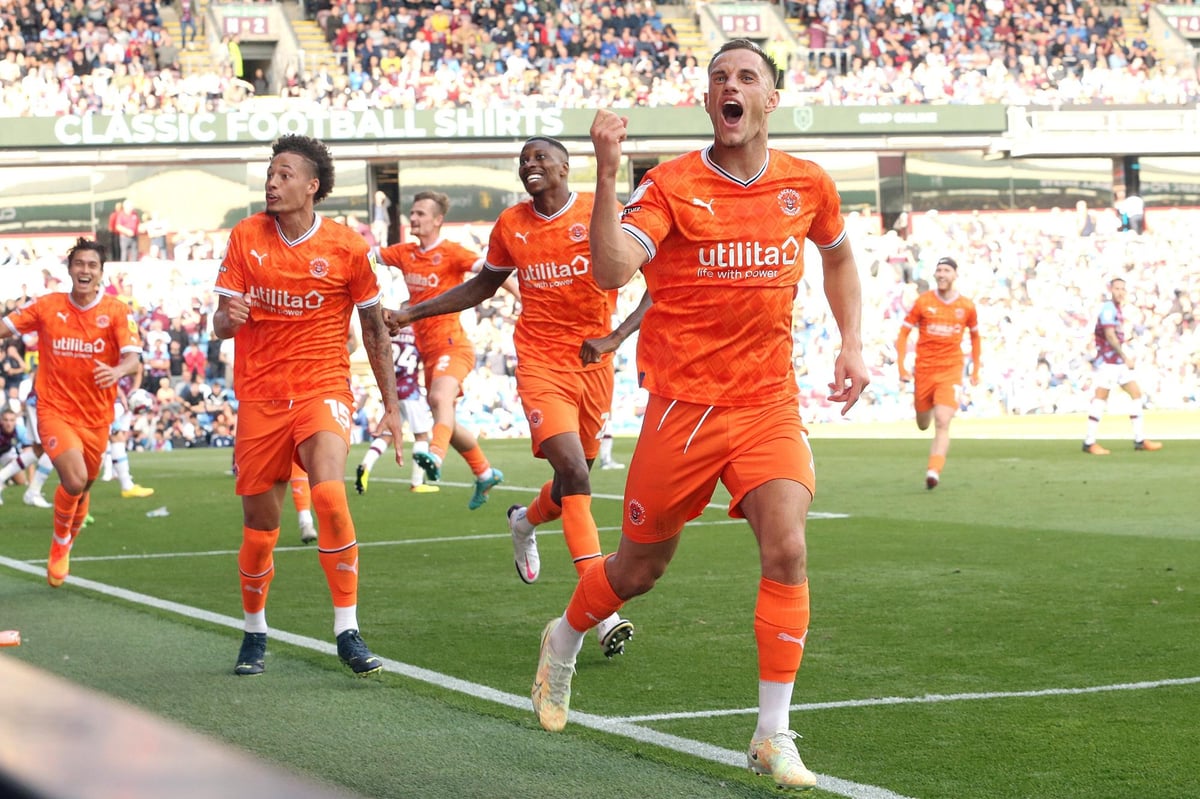 The Tangerines had it all to do at the break as they trailed 3-1 after Theo Corbeanu had pulled Michael Appleton’s men back into the game.

The 20-year-old forward’s finish was sandwiched in-between Nathan Tella’s double for the hosts with Josh Brownhill breaking the deadlock early on.

Vincent Kompany’s side appeared to be heading for a first win since the opening day of the season away at Huddersfield Town, but they were denied by a spirited comeback from the visitors.

Shayne Lavery and Jerry Yates converted from close range in the space of just three minutes — with a quarter-of-an-hour left to play — to level proceedings.

Both sides then ended the game with 10 men as Ian Maatsen reacted to a reckless challenge from Sonny Carey, which resulted in both players being given their marching orders by referee Keith Stroud.

Not much he could have done about Burnley’s three goals, but made a vital stop at the death to ensure the point.

Caught out for Burnley’s second and slipped for third. But showed a great response in the second-half.

Backed off a bit for Burnley’s second, but that’s just being picky. Defended excellently despite the three conceded.

Solid, a couple of shaky moments aside. Produced some vital late headers as Burnley pressed for a late winner.