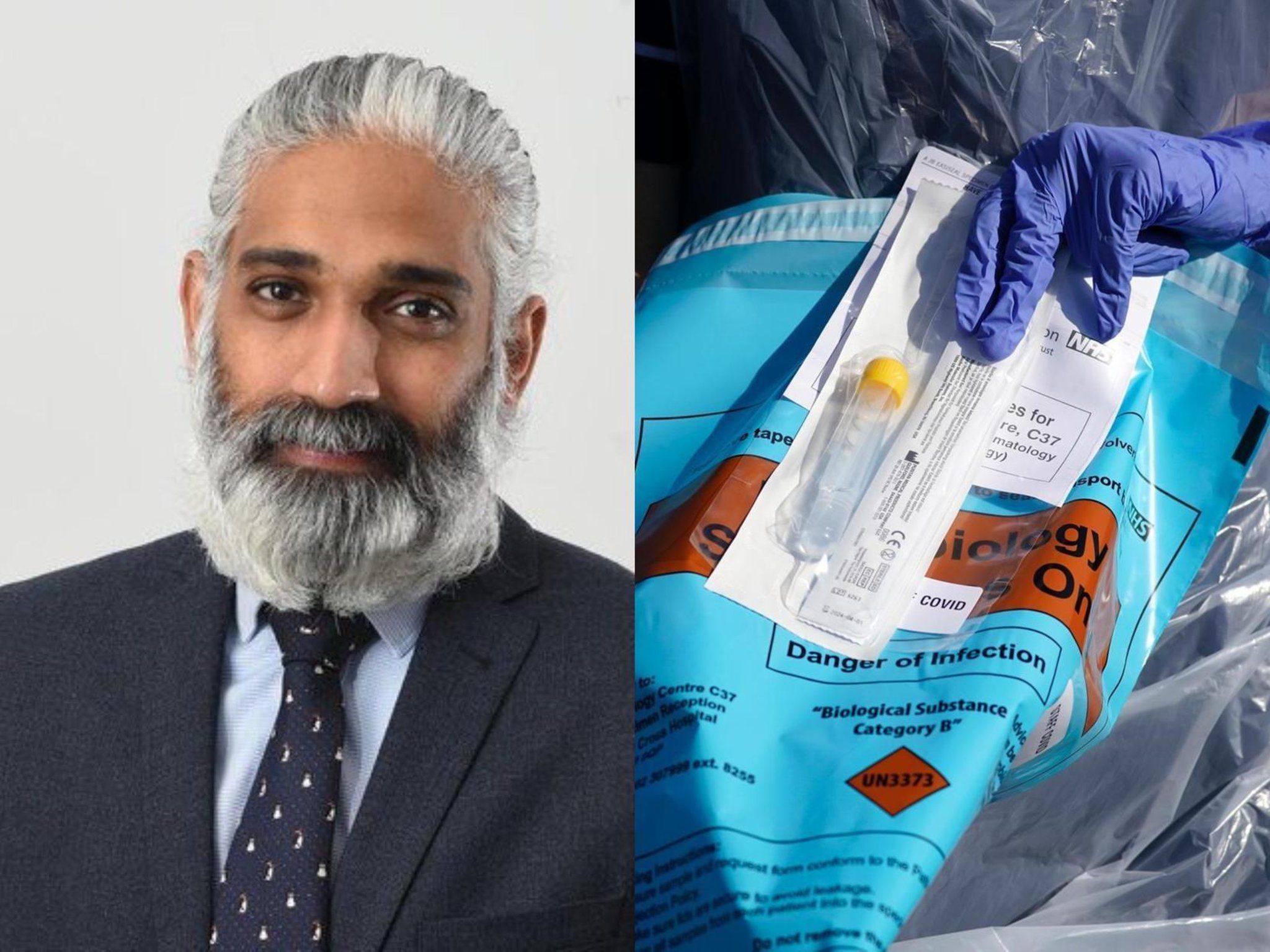 Dr. Sakthi Karunanithi made the call as he highlighted that the daily first-dose vaccination rate across Lancashire has dipped over the last month.

What are the latest changes to travel rules?

Dr. Sakthi Karunanithi wants the vaccine-hesitant to “have a chat” with people who know what they are talking about

The largely age-driven rollout of the vaccine programme means it is now predominantly the youngest groups who are yet to have had a single shot. Currently, around a third of people in the 18-24 and 24-29-year-old categories in Lancashire have not received their first dose.

However, Dr. Karunanithi urged people of any age who are still unsure about whether to have the vaccine, to nevertheless visit one of the county’s vaccination centres for “a chat, even if they don’t want a jab”.

“We have got lots of people that can have the vaccine, but aren’t getting it. One of the main reasons [for that] is that people hear a lot of myths and disinformation, so we are inviting people to come and ask [their] questions.

“Don’t listen to the rubbish on social media platforms. Come and have a chat with people who know a thing or two about the vaccines or go online to validated sources of information.

“If people have had their first dose, they generally come along for their second as well. But [overall] it’s slowing down and we definitely need to get the pace back up.

“Every single thing we can do to encourage people to get two doses will put us on a better footing,” said Dr. Karunanithi.

His comments came as the LDRS also obtained data showing that 60 percent of the Covid patients currently being cared for by the trust that runs the Royal Preston and Chorley and South Ribble Hospital have not had a single jab – a figure which it is understood has remained largely steady over recent weeks.

Dr. Karunanithi said that there was evidence of younger people in the county becoming “very poorly” after contracting Covid. However, if that is not enough to persuade more of them to take the vaccine, he hopes that they might think twice over the prospect of how their decision to remain unjabbed might affect their daily lives.

“My message would be to please think again about your own health – because being young doesn’t mean you’re invincible or infallible – but also you’re going to miss out if you haven’t had the vaccine.

“Society is going to open up and there may be a change in the direction nationally that means parts of our lives – like holidays and getting into crowded places – are only [open for] people who are double-jabbed [to] enjoy. That’s another reason for getting the jab.”

The government has already announced plans for vaccine certificates to be required for entry into nightclubs from late September. It has been reported that there could be a similar demand made of those attending football matches or other large-scale crowded events.

The government is also reported to be considering a requirement for university students to be vaccinated in order to be admitted to in-person lectures and live in halls of residence.

Dr. Karunanuthi says he is unsure whether that specific measure would be accepted by students or might “backfire”.

However, the prospect of a return to universities, schools and colleges in September – along with people returning from holidays and going into the workplace – is one of the reasons that the county’s public health director is warning Lancastrians: “We are not out of the woods yet.”

“As we head towards the winter, that is probably the most risky and turbulent period. We have got time between now and September to have two jabs – or at least one for over-18s [who are yet to have had their first]. GPs are also going to be inviting 12-15 year-olds with [certain] clinical conditions for a vaccine – and it’s important for those children to get the jabs.”

Dr. Karunanithi is also urging residents to maintain the basic precautions of hand-washing and covering their face in crowded places.

While Lancashire as a whole is following the national trend in seeing a significant drop in confirmed Covid cases over the past week, Dr. Karunanithi says that he will be more optimistic about the direction of travel if that is followed by a corresponding reduction in hospitalisations in the two to three weeks that it would usually take current infections to translate into people being admitted.

However, in spite of concern nationally that the fall in reported infections could be due to fewer people getting tested, the testing rate in Lancashire is at or above the North West average in most county council districts – except Pendle, Hyndburn and Rossendale.

The proportion of people who take a test and prove to be positive – often considered the most accurate indication of the underlying infection rate – is also falling across Lancashire and currently ranges between nine and 12 percent.

Could Lancashire set a local vaccine priority list later in the programme?

Britain’s most expensive ever beach hut has gone on the market for a whopping £575k – and doesn’t even come with a toilet. Fleetwood Weekly News…

A new study commissioned by Sure reveals that three quarters of UK adults have something that stops them from getting out and moving, a figure that increases for those aged 18-22 (91%) and those with disabilities in the UK (81%).   Fleetwood Weekly News…

The summer transfer window is closed for another year and the 24 EFL League 1 clubs clubs have their squads in place to take them through to January (barring any late free agents coming in). Fleetwood Weekly News…