Temperatures are expected to be above average

Lancashire can look forward to a warm Easter weekend according to the latest Met Office forecast.

Temperatures are expected to hit highs of 17C while the county is expected to remain largely dry. Two Bank Holidays will mark the religious festival while schools are also broken up for half term so the warm weather is likely to mean busy days at Lancashire’s parks, coasts and town and city centres.

However, the warm weather will be mixed in with various cloudy spells and the North West is expected to enjoy less sunny weather than elsewhere in the country, with other parts of the region experiencing some rainfall. The Met Office’s latest prediction suggest an overcast start to Friday, with sunny spells emerging through the day.

The warmer weather is expected to last throughout the weekend, albeit with a mixture of cloudy and overcast spells in some parts of the county.

The Met Office’s national forecast for the weekend states: “This period is likely to begin cloudy in the northwest, with isolated light rain. Elsewhere fine conditions are expected after early mist and fog clears, with light winds, though low cloud may linger along some coasts where temperatures may also be suppressed.

“Some showers are possible in the southeast. For the rest of the period, a northwest-southeast split is likely, with the northwest remaining more changeable with strong winds and rain at times.

“The southeast is likely to be dry and generally more settled, though perhaps rather cloudy, with mist and fog likely in the mornings and lighter winds through to the end of this period. Temperatures are expected to be above average, and warm at times for the south.” 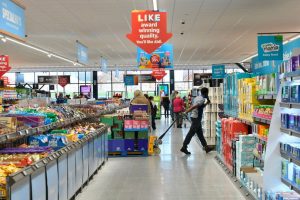