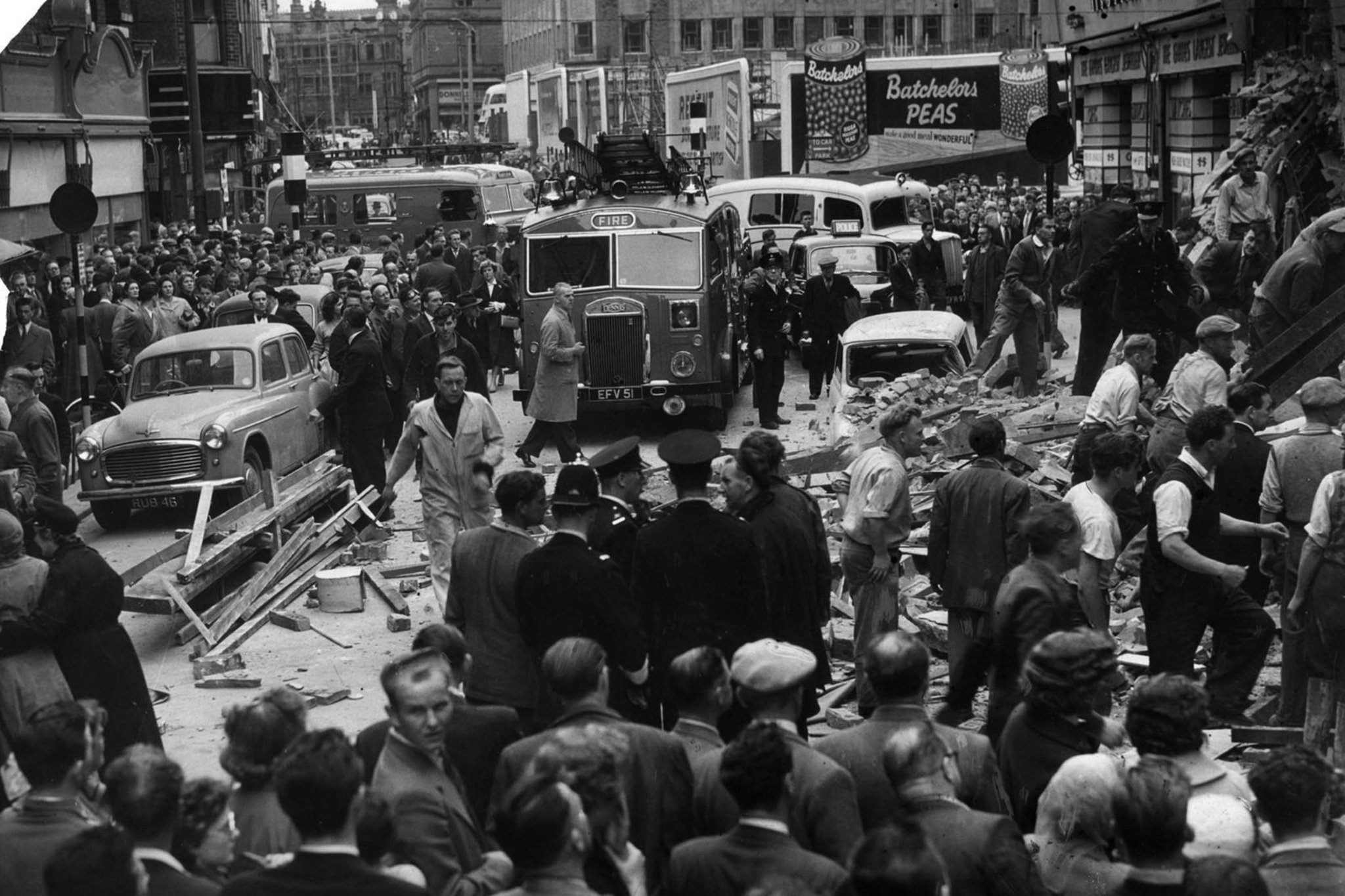 A woman was killed by falling debris and around 20 other passers-by were injured, including a little girl, trapped by brickwork, who was rescued from the rubble.

Instead of waiting for the next one outside the Winter Gardens she decided to walk and died under falling masonry just after turning into Bank Hey Street.

But the toll would have been far worse had the incident happened even half an hour earlier than when the alarm was raised at 5.50pm on Friday, June 29, 1956 because the pavements would still have been packed with pedestrians leaving stores as they closed.

Construction work had been taking place including the demolition of the rear of the building which had been re-built.

Bank Hey Street was cordoned off from Church Street through to Victoria Street after the three storey building, undergoing alterations, crumbled to the ground.

Police, firemen and others worked throughout the night under arc lamps, making sure the rest of the building was safe, shoring up the walls and erecting scaffolding.

In case you missed them:

Shocked crowds gather as workmen begin to move the rubble

The construction crew in 1956 at Redman’s Cafe. Photo by courtesy of Frank Metcalfe who is seen wearing a black jumper towards the centre on the photograph. He had been working in the building when it collapsed and said the foreman Alf Millership had warned everyone to get out of the building as it was moving.

Review: Miriam and Alan: Lost in Scotland was just another clapped-out addition to the motorhome mayhem on our screens