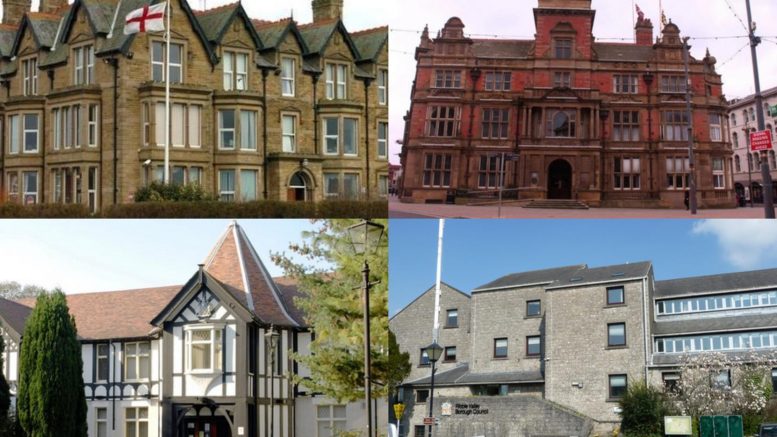 It comes amid ongoing moves to create a combined authority and elected mayor for the whole of Lancashire, as part of attempts to secure a devolution deal for the county.

The government has previously said that Lancashire’s complex local government landscape would need simplifying first, because the current tally of 15 councils across the region would make a combined authority – whose membership would be drawn from Lancashire’s local authority base – unworkable.

However, last week, regional growth minister Simon Clarke went further and told so-called “two-tier” areas like Lancashire that they would have to redraw the local government map to create standalone “unitary” councils, as already exists in Blackpool. A government white paper on devolution is expected in September.

Wyre Council leader David Henderson said that at this stage, the move was a simple “tick-box exercise” to explore whether the five areas would meet the criteria for unitary status.

“I asked my chief executive to contact the leaders of our neighbouring authorities [to establish] their appetite for opening up very initial conversations about moving forward with a combined authority, with a view to devolution.

“Wyre Council is happy to sit around a table and discuss the way forward. There is no point waiting for the white paper to come out and then waking up one morning and realising that you have got to create a unitary council by teatime.

“But my bottom line is that it would have to be for the betterment of the people of Wyre,” Cllr Henderson added.

He said that the authority was proceeding on the basis of a government stipulation earlier this year that any council proposing a merger with others had to share a common boundary with them, so that no area could be “leapfrogged”.

Before any formal process of reorganisation can begin, an authority or a group of authorities has to be invited by the government to submit a proposal. Crucially, unanimous agreement is not required amongst councils that would be affected by any proposed changes.

In theory, all 15 Lancashire councils could put forward their own competing visions of a new local authority map if the government invited them to do so.

The government has already indicated that any new council areas must have a population range of between 300,000 and 700,000 people and represent a “functional economic area”.

Currently, services in the Lancashire County Council area are split between County Hall – which is responsible for matters such as social care and highways – and the 12 district councils, like Fylde and Wyre, which look after services including parks and planning.

Blackpool Council opted out of that arrangement back in 1998 and became a unitary authority, responsible for all services within its borders.

A combined authority would operate alongside any new councils created in Lancashire.

Blackpool and Fylde councils are yet to respond to a request for a comment on the approach from Wyre.

However, Lancaster City Council leader Erica Lewis said that she was yet to be convinced – but was willing to explore the possibility of a merger.

“I don’t think [the process] will demonstrate that we meet the test for becoming a unitary. A council that runs from the southern tip of Lancashire all the way up to the edge of Yorkshire is not one that people will identify with and I don’t think it will deliver good decision-making.

“”However, I will enter into discussions in good faith and see where the data leads us,” Cllr Lewis added.

Lancaster last year formed an economic partnership body with Barrow and South Lakeland councils in Cumbria and Cllr Lewis said that these three areas had “strong ties in terms of family, education and jobs”.

“I don’t think the same can be said for Lancaster, Blackpool, Wyre, Fylde and Ribble Valley.

“However, I gave an undertaking to my council that I would explore all options for reorganisation, both north and south.”

Ribble Valley Council leader Stephen Atkinson has previously said that devolution and reorganisation should be treated as “two separate issues”.

Responding to Wyre’s approach, he said: “We have a council meeting next week to discuss a combined authority and will be awaiting the government’s devolution white paper in September for details of any requirement for reorganisation.”

Be the first to comment on "Wyre Council starts ‘conversation’ about joining up with Blackpool, Fylde, Lancaster and Ribble Valley"

Google Maps was first born in 2005, and was touted as a solution to help people “get from point A to point B” Fleetwood Weekly News…

Lancashire’s public health boss says “representations” are being received from a range of groups about who should be prioritised for the Covid vaccine in the county. Fleetwood Weekly News…

More than 6.43 million crimes were recorded in the UK in 2019/20, marking the highest on record since 2003. Fleetwood Weekly News…

Pick and mix sweets are loved by many across the nation, with so many different varieties to choose from. Fleetwood Weekly News…

Latest data has revealed where cases of Covid-19 are rising fastest across Blackpool. Fleetwood Weekly News…