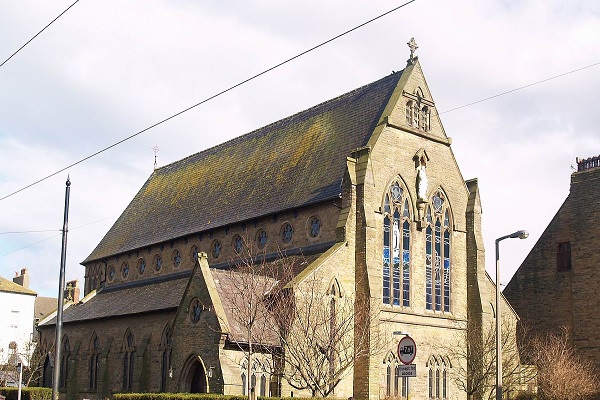 St Mary's Church is a Roman Catholic church in Fleetwood, Lancashire, England. Designed by E. W. Pugin, it was built in 1866–67. It is an active church in the Roman Catholic Diocese of Lancaster. It has been designated a Grade II listed building by English Heritage.

St Mary's is constructed of rock faced stone with ashlar dressings and has deeply pitched roofs of slate. Its plan consists of a nave and chancel combined under one roof, low north and south aisles with lean-to roofs, and a polygonal apse. There is no tower.

The west wall has two large windows, each with three lancets; between the two is a niche containing a figure of Jesus Christ. The windows in the aisles have large two-light lancets and cinquefoils. The clerestory windows above are quatrefoil oculi.